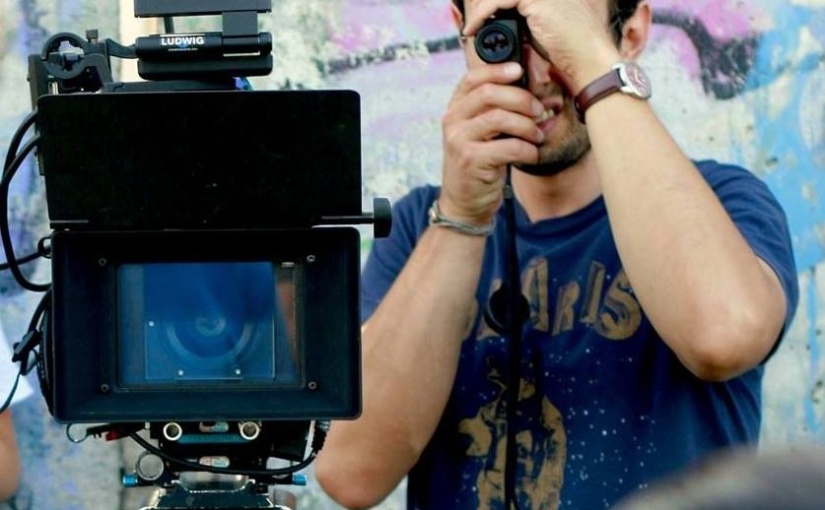 About 17 years ago, the summer before he was about to start his freshman year at the School of Foreign Service in Georgetown, my son confided in me that he thought he wanted to go to film school instead. He is not an impulsive person so I knew he had given serious thought to what he said. I was sympathetic but I explained to him that it was too late to apply for film school for the fall semester. I advised him to go to the SFS and see how he felt during the year. If he still felt strongly about film school by midyear, he could then apply to film school.

As it turned out, one or two of his professors at the SFS discussed the issue with him and advised him not to leave Georgetown. One professor said that he would be getting a world class education at the SFS, and that graduates of film school were a “dime a dozen.” What you’ll gain by staying here, he told my son, is that you’ll have really good ideas for films you’ll want to make. Gradually he did become more invested in his studies at Georgetown and decided he would stay. He spent one summer during his college years at NYU film school, where he took his first official class in filmmaking since there weren’t any filmmaking classes at Georgetown.

Fast forward…during his senior year at Georgetown, he made a short film instead of writing a senior thesis.

His film, which he wrote, directed and filmed himself, won second place in the Georgetown Film Festival that year. It was his way of saying he still desired a career in filmmaking.

For the next decade he went from one job to another, developing skills that he felt would put him in a position to work on a film one day. First he did some freelance house painting. Then became an assistant to a carpenter. Next he spent a summer learning fine woodworking from a master of the craft. He eventually got a job with a NYC artist/entrepreneur who got him hired to help install some major art projects throughout NYC sponsored by a group called Creative Time. The venues included Governor’s Island, and the site of the soon-to-be High Line where he helped gut and prepare a former meat-packing plant, destined for demolition, for an art exhibition inside the plant.

He then moved from working on events, to installing equipment for a company that provides audio and visual programming for large-scale events in NYC such as the Museum of Natural History, and the Javits Center. During that time, he was continually developing his skills toward his goal of working on a film set.

He began to create his own short films, learning camera operator techniques on the job. A pivotal point in his development happened when he took a camera-operating class with a renowned Director of Photography.

There he began making contacts with people in the film business who gave him opportunities to work on films. Throughout this decade to support himself he was working all hours of the day and/or night, at venues throughout the five boroughs of NYC. He often had just a few hours notice to appear on a film set or a freelance job somewhere in NYC.

About a year and a half ago we took a family trip to Berlin. During that trip, he and his girlfriend cooked up a plan to make a short film about Syrian refugees who were seeking asylum in Berlin. They returned to Berlin six months later, and shot the film in a week! This short film, No Monsters in Berlin, was completed about six months ago and ever since then they have been working hard to get it accepted at various film festivals in the U.S. and Europe.

They succeeded in being accepted by the prestigious Newport Beach Film Festival in California, and the Manchester (England) Online Film Festival. He just emailed me to say that if enough people view his film online and vote for it, they have a chance of having the film shown live in NYC or Tokyo.

If you think you might be interested in supporting my son’s creative efforts in partnership with his girlfriend, who wrote the screenplay for the film, I urge you to visit the website below for the Manchester Online Festival, watch their 15-minute film and cast your vote. It will cost you $10 (sorry!), but obviously I think it’s worth it! And you will have done a very good deed since the film is about Syrian refugees finding their way in their new home, Berlin. Several of the actors and film crew are actual refugees.

The Manchester Festival URL is:

The website for the film itself is worth visiting:

As you can tell, I’m a proud Mom, and of course I’d like to see his decade of hard work and discipline be affirmed by his peers, the community of filmmakers and critics. Thank you, Slicers, for your support! 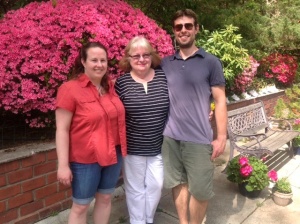 (A photo of me with my son and daughter in our backyard.)

14 thoughts on “My Son, Matt, Is a Filmmaker: Watch ‘No Monsters in Berlin’ Online”