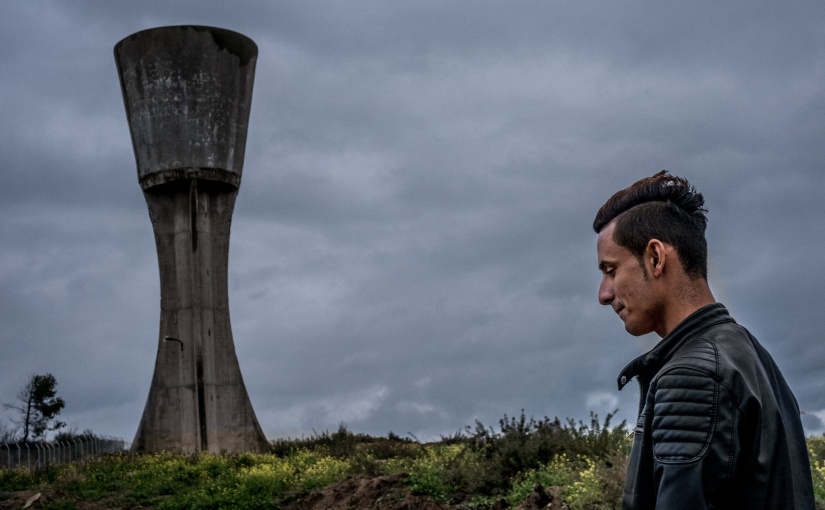 Hope springs eternal in the human breast;
Man never is, but always to be blessed:
The soul, uneasy and confined from home,
Rests and expatiates in a life to come.
– Alexander Pope, An Essay on Man

Today many Christians are celebrating Easter, a holiday that honors the rebirth of Jesus Christ who was crucified on the cross two days earlier on Good Friday. Many other religions are also celebrating their annual Spring rites. Although I no longer espouse a particular religion (I was raised as a Lutheran), I did take a few moments this morning after brunch to reflect on the meaning of this holiday. To me, Spring rituals are all about hope.

The essay about the Refugee King of Greece in the New York Times Sunday Review section on April 16, 2017, reinforced for me how important it is to have hope, even when there doesn’t seem to be any. It is the story of a young Syrian refugee, Bassem Omar, who introduces himself to the Times reporter (Ashley Gilbertson) as the King of Ritsona. She goes on to say, “His Majesty, a 20-year-old refugee from Qamishli, Syria, offers a tour of his realm, and as we walk he’s greeted by friends of all ages.” As he moves amongst his “subjects” he reminds them that “I want to make Ritsona great again, and the people agreed.”

I am immediately struck by the ironic title he has given himself, and especially by his personal version of the now-famous Trump slogan, Make America Great Again, which Omar has now adapted to his own crusade to improve life for himself and his fellow refugees in the small village of Ritsona, 50 miles north of Athens. This is a young man who is well informed about global politics, and who has been able to give an ironic twist to his own circumstances using the words of the Leader of the Free World, Donald Trump. He is clearly a rebel with a cause and that is why I am so drawn to him.

After 13 attempts at escaping by using fake IDs and passports, only to be turned back by police at the airport and sent back to Ritsona, he has decided he can no longer make an effort to escape because if “I fail at this again, I will kill myself. I have to stop trying. So now I await the decision of relocation.” I read his words as meaning he no longer has hope he can escape, so he is readjusting his circumstances in order to continue to hold hope in his heart.

His story leads me to reflect on my own two grown children, now 33 and 35, for whom hope is also an essential part of their lives. My 35-year-old son was able to go to a wonderful college, travel abroad to Germany, and fashion himself a career in filmmaking over the past decade. He is filled with hope for his future endeavors; in the “indie” film business, hope is the staff of his life.

My daughter, about to turn 34, has had many setbacks in her life due to a series of five open-heart surgeries, but she remains hopeful that with a good deal of patience and perseverance, she, too, can have a fulfilling life. She is working hard toward that goal. Without hope, she would find it hard to go on. Even though their circumstances are challenging in different ways, both have had our support, financially, emotionally and intellectually, and the freedom to pursue their dreams. But what about those who don’t have any support?

As I turn my thoughts back to Bassem Oman, I am deeply touched by the poignancy of his young life and his ambitions.

As he surveys his kingdom of 700 refugees living within a barbed wire refugee camp, he remains satirically confident. He tells the reporter that in two days he will be celebrating his one-year anniversary in this camp. “‘We will host a royal party at Cafe Ritz to celebrate,” he says, referring to the distribution center. ‘You are welcome to come.'” These words represent the bravado of a young man who refuses to give up hope in the face of all odds.

I would like to put my arm around Bessem Omar’s shoulders, as I do with my own grown children, and tell him that I believe in him and his hope more than anything else I can think of. I will try to send a message of hope to him through the New York Times. If he cannot fulfill his dreams, what hope is there for humanity? 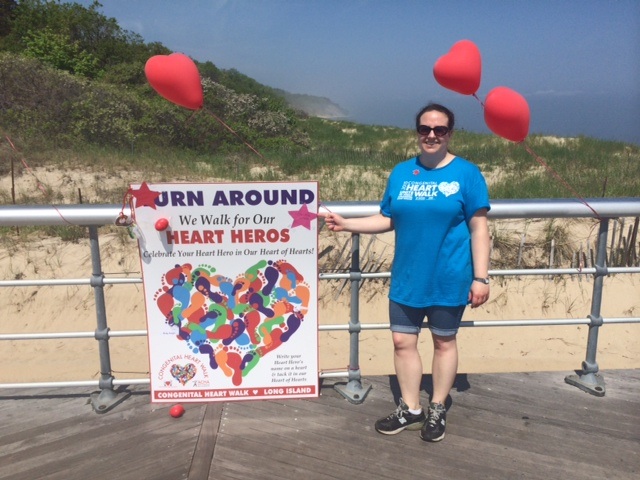 This past Sunday, my husband, my daughter and I participated in the 3rd annual Congenital Heart Disease Walk that took place at Sunken Meadow Park on Long Isand.  This was the third time we participated and we are looking forward to “walking” again in the October NYC walkathon for the same cause.

Our daughter was born with congenital heart disease, but the severity of her condition was not apparent at first.  At birth a slight heart murmur was detected, but since she was “thriving” in the medical lingo of the time, no action was taken.  Five years later, just before she started kindergarten, I did as was told to do: I brought her in for a checkup at St. Francis Hospital. Following the visit, I was asked if I could “stick around for a bit” since something was unclear on her echocardiogram.  That “something” turned out to be subaortic stenosis, a life-threatening condition.  So in the fall of that year, Christine went to school for a couple of weeks to meet her new teacher and classmates and then left to have open-heart surgery.  She did not return until January.

I could go on for pages and pages about what ensued; I’ve even thought about writing a book with her or about her.  On Sunday we celebrated the fact that she is the survivor of 5 open-heart surgeries, the most recent ones having taken place three months apart nearly three years ago.  She has, therefore,  had open-heart surgery almost every 5-7 years of her life. Imagine trying to live your life with that kind of interruption every five to seven years.  Imagine the impact on your family, your school years, your ability to maintain friendships and to obtain and keep a job.  Never mind the impact such a life has on your heart and mind. We have been through all the psychological ups and downs of living such a life; to say it hasn’t been easy is the understatement of the century.  But despite all the fears and anxiety, pain and suffering, worry and wondering, we are still an intact family with a daughter who is a super-hero to us all.

I have learned so many things from her bravery, her moments of doubt, her refusal to give up on some of her dreams (which included graduating high school on time and attending the University of California at Santa Cruz, both of which she accomplished through sheer willpower). Despite her many ordeals she says she is grateful that she can leave the hospital and resume her life, while so many other patients never get that chance.

We have learned as a family to make the most of every day, to not dwell on the dark side since to do so takes energy we need for better things, and to be compassionate toward others as well as ourselves. I wouldn’t wish her life or ours on anyone, but as she always tells me: “If this has to be my life, at least I have you as my mother.”   Need I say more?